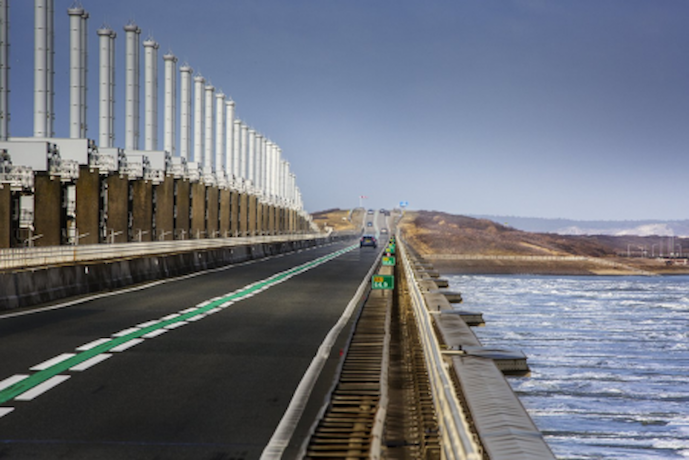 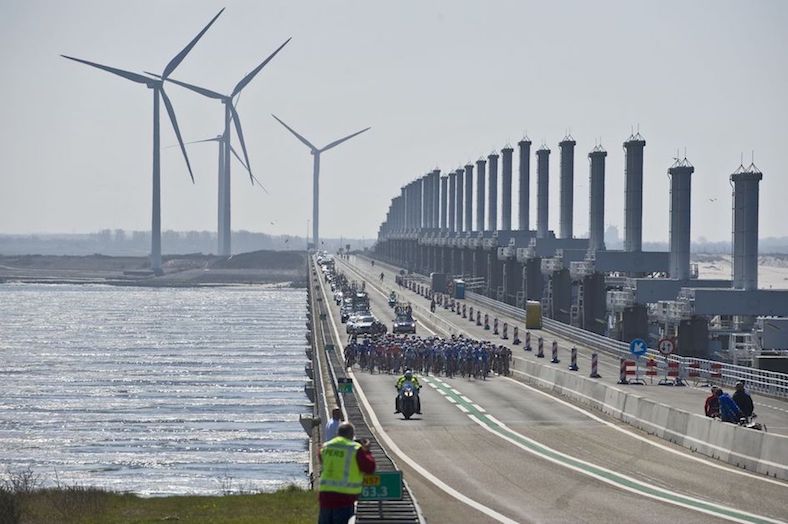 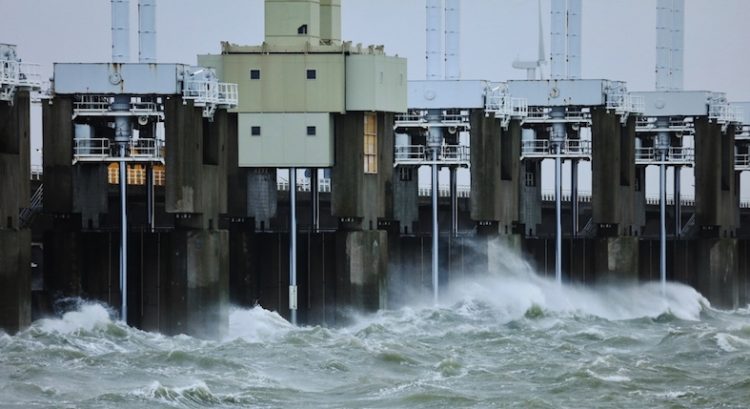 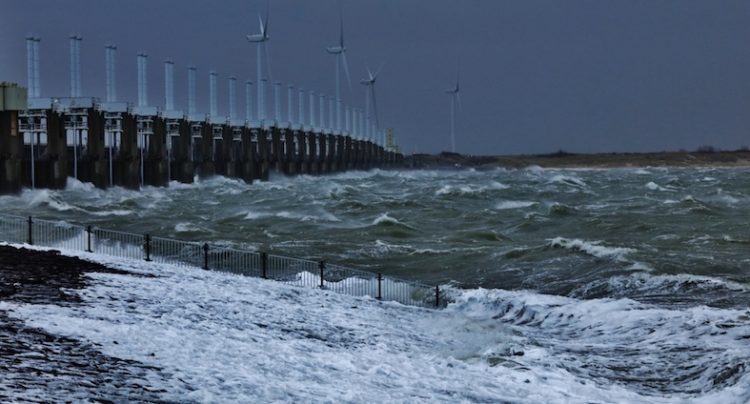 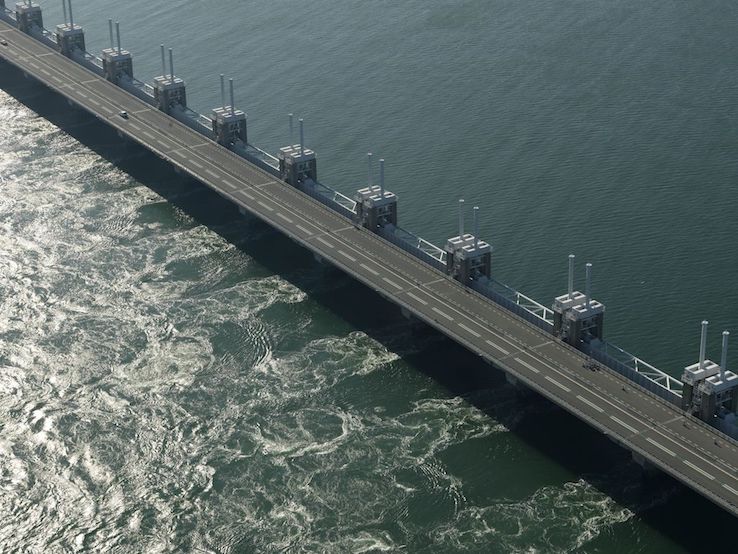 The Eastern Scheldt Barrier is the largest and best known of the Delta Works. The 9 kilometre long structure seals off the Oosterschelde if there is a threat of flooding. It is 9 kilometres in length of which 3 km can be closed. The barrier connects the islands of Schouwen-Duiveland and Noord-Beveland in Zeeland and was built between 1976 and 1986. It is the largest storm surge barrier in the Netherlands.