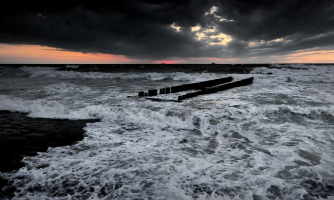 Posted at 18:38h in News by Zeeland Film Commission

Zeeland. A raw rugged old land, full of tales. Tales of dark ages and golden ages, rural life and industrialisation, high tides and low. And unfinished tales of Zeeland’s 650 kilometers of ever changing coastline. It’s that dynamic spectacle of the interplay of elements and eras that once drew artists like Mondriaan, moviemaker avant la lettre, to these parts. A region marked by man’s troublesome relationship with the elements. Where winds, waves, clouds and sunbeams change the character of this old, scarred island group in the blink of an eye. Light, contrast and drama are abundant.

It is with these proud words that the Zeeland Film Comission presents itself this week.

The Zeeland Film Commission aims to bring Zeeland under the attention of national and international audiovisual producers and promote Zeeland as the land in the sea that provides infinite possibilities and diverse spaces to serve as decors for films, tv-series, commercials and photoshoots.

Zeeland is a well-loved province for filmmakers due to its abundant amount of decors. Filmmakers can turn to the Zeeland Film Commission for assistance in finding appropriate filmlocations, accommodation and required permits.

Leo Hannewijk, director of Film Festival Film by the Sea has appointed Carolijn Lilipaly and Anic Lammers to form the Zeeland Film Commission. Carolijn worked for MTV Europe, NBC and Canal+ as a producer and presenter of various film- and music shows on television. She later went on to become a national news anchor in the Netherlands. Anic Lammers runs her own PR company Z-Service and is an expert in communication and publicity.

The first projects on the agenda of the Zeeland Film Commission include facilitating art historian Simon Schama and his BBC program ‘Civilizations’ using locations in and around Domburg to portray the history of Piet Mondriaan. Film director Mark de Cloe recently shot scenes for his psychological thriller ‘ Silk Road’ in Koudekerke. Current projects include assisting Belgian production company Studio 100 in the audio visual production of one of their children’s series.